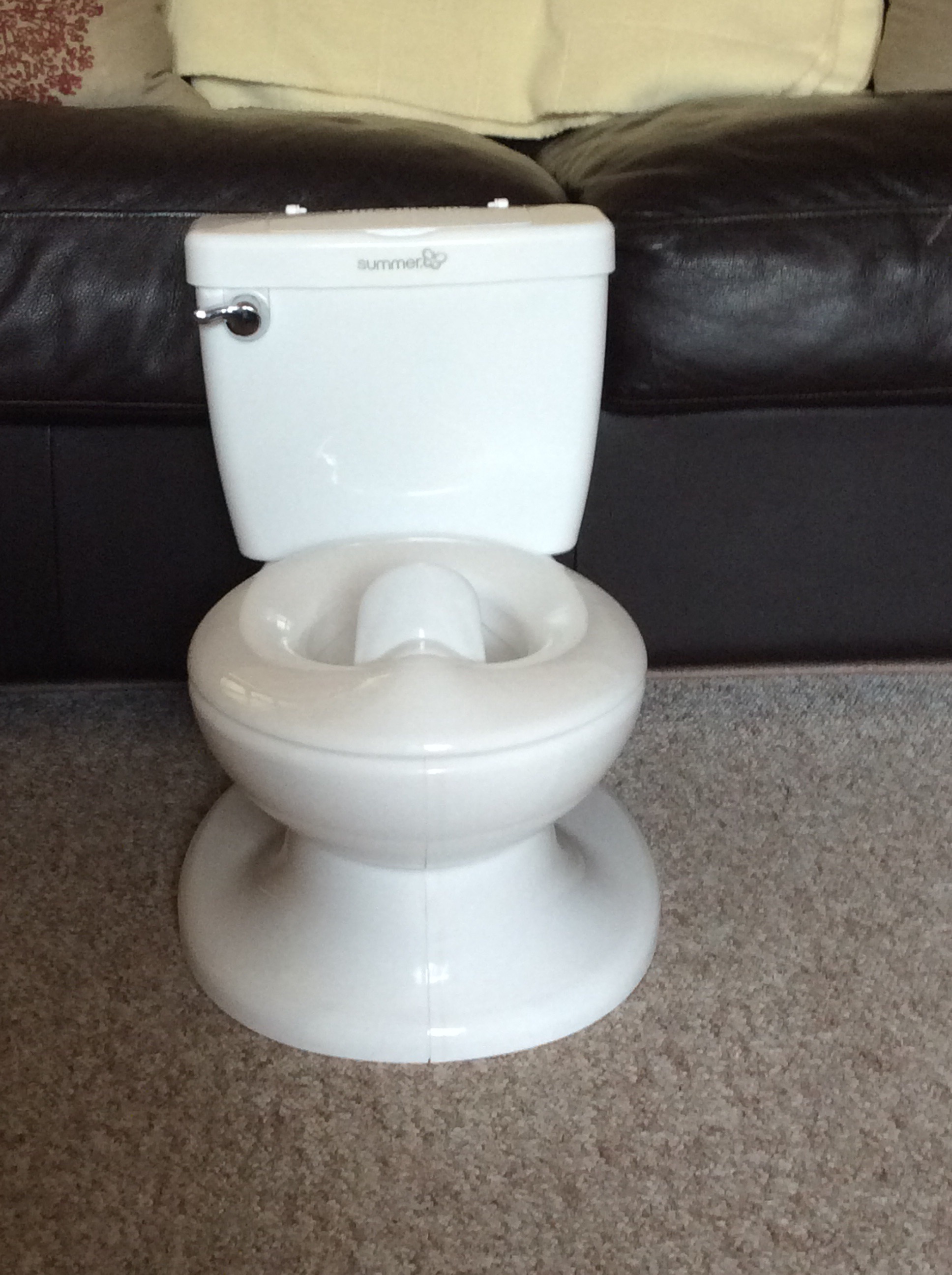 So day three of potty training and I feel like I’ve failed! He refuses to sit on either the potty or the new toilet potty we bought him. He is more interested in flushing his new toilet and won’t actually do anything on it.

Saturday started badly with him screaming for an hour about not wanting to wee but once he had calmed down and mummy stepped in we had three wees on the potty. I thought we were getting somewhere and claimed it a small step in the right direction!

Sunday we bought the new potty above and he won’t sit and use it. He used the other potty once and the restaurant toilet once. But that was it. As soon as we were home he just played with his new toilet. Fail!

Monday he won’t even go anywhere near the potties and weed on the floor. Epic fail! He refuses to say when he needs a wee and is being incredibly stubborn.

The answer …?! No idea! Leave it for a few days, keep offering him the potty and asking if he needs to use it and then attempt it again! Maybe I’ll look for some books on it to help him and me!

I am Lucinda and I live in Hertfordshire with my husband and our son Joshua Benjamin. I lost four babies due to miscarriage prior to having my son.